The mission of the Society for Reproductive Investigation (SRI) is to advance reproductive and women’s health care through (1) outstanding basic, translational, and clinical science, (2) training and mentoring future generations of investigators, (3) advocacy targeting funding agencies, policy makers, donors and the community and, (4) promoting women’s health globally.

To lead outstanding multidisciplinary basic, translational, and clinical research, mentorship and training, and advocacy in reproductive science and research and women's health.

when a small group of physician-scientists and a basic researcher studying hypertensive disorders of pregnancy proposed the formation of an “Eclampsia” or “Toxemia” society. Leaders of the group included Drs. Nicholas Assali, Leon Chesley, Edward Davis, William Dieckmann, Russel de Alverez, Louis Hellman, and Ernst Page. In Dr. Larry Longo’s book, A Short History of the Society for Gynecologic Investigation, he states that the “Society of University Gynecologists”, as it was first called, was organized “…to stimulate, encourage, and to provide opportunities for investigators in obstetrics and gynecology to enter into free exchange of ideas to the end of increasing knowledge and techniques in this field. It was intended primarily for individuals who are giving full or considerable time to teaching and research, either in obstetrics and gynecology or in the fields kindred or related thereto.”

The first official meeting of the Society of University Gynecologists was held on June 15, 1953, at the Yale Club in New York City. The first annual meeting took place in December of 1953 in Cincinnati, OH, with a programmatic focus on toxemias of pregnancy. During this time, the leadership contemplated whether the name of the society was truly representative of the overarching interests of the members. While the name was formally changed to “Society for Gynecologic Investigation” at the annual meeting in Chicago in 1954, the topic was re-visited over the years, and in the summer of 2013, as a part of an SGI Executive Council strategic planning discussion, the name of the Society was re-evaluated, and in 2014 it was changed to the current, “Society for Reproductive Investigation.”

The Society adopted its first journal in 1970, which was termed "Gynecological Investigation", and became the society's official publication, with Walter Hermann serving as Editor-in Chief. Publication was stopped shortly thereafter, in 1975. All SGI proceedings were subsequently published by the American Journal of Obstetrics and Gynecology, with Dan Mishell as the SGI Editor. The SGI re-initiated its own journal in 1994, The Journal of the Society for Gynecologic Investigation, with Roger Lobo as its first Editor. In 2007 under Hugh Taylor’s leadership, the Society’s journal has morphed again to its current title, Reproductive Sciences.

SRI Through the Years - Past President Reflections 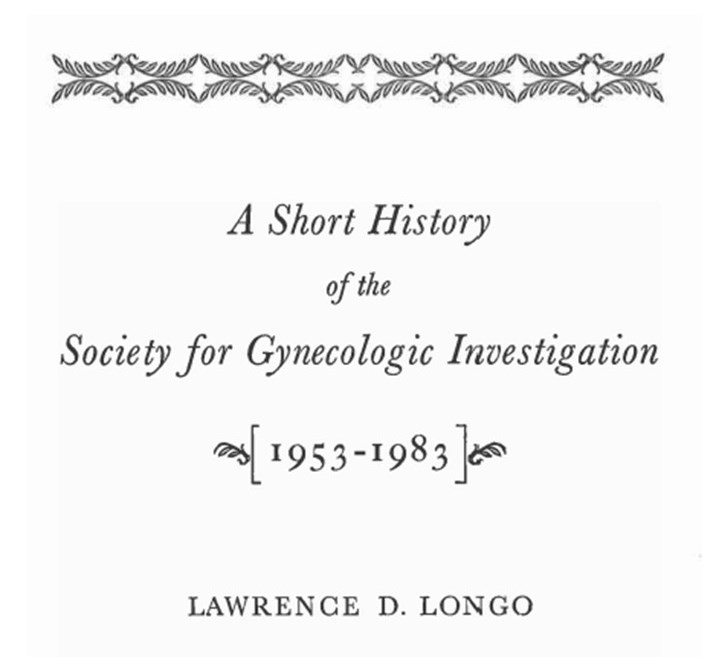 A Short History of the Society for Gynecologic Investigation

We use cookies to ensure you the best experience on our website. Your acceptance helps ensure that experience happens. To learn more, please visit our Privacy Notice.