All awardees will be featured during one of four awards ceremonies held during SRI 2023. All attendees are encouraged to attend.

The Society for Reproductive Investigation is pleased to be able to provide the following awards at our 2023 Annual Scientific Meeting:

The DeCherney Society Lifetime Distinguished Service Award began in 2016, and is intended to recognize an individual who has made outstanding contributions to the Society for Reproductive Investigation and significant contributions to the field of reproductive medicine and women's health. In 2018, current and former trainees of SRI Past President, Dr. Alan DeCherney, provided a generous donation of $50,000 to endow this award for future recipients.

An award is made annually to a senior member of the society who has made significant and lasting contributions to the society and to scientific research in reproductive medicine. The recipient is selected by the President with the advice of officers and other members.

An award is made annually to a member of the society whose record in scientific investigation is outstanding and assures a continued productive career in research. The recipient is selected by the President with the advice of officers and other members.

This award was established in 2003 to recognize the contributions of a member of the society to training and career development of investigators in the field of reproductive science and women's health.

The Rogerio A. Lobo Award

For 2023 the SRI has increased this award to recognize EIGHT of the highest ranked abstracts.

Originally established in 1996 as the Wyeth President’s Presenter Award to recognize the 25 most
meritorious oral abstracts submitted by individuals still in training. Fellows and those in both pre and
post-doctoral training are eligible to receive the award. The 25 awardees will receive a certificate and a
$1,000 award, and they and their training directors will be honored at the Annual Meeting. The Society
has always sought a means by which to encourage young investigators to present their research at our
meeting. We anticipate the SRI President’s Presenter’s Award will encourage more abstract submissions
and higher quality abstracts by the very people who need encouragement to consider a research career.

Established in 2013 and will be awarded to PhD individuals only, who are either graduate students still
in training or postdoctoral fellows within five years of their PhD degree. Two $1,000 travel awards will
be given to the top abstracts in basic reproductive science and in translational reproductive science.
The awardees will receive a plaque, award and they will be honored at the SRI Annual Meeting Awards
Ceremony. This award is made possible by a generous, long-standing member of SRI, Dr. Laxmi Baxi, and
was created to encourage young PhD trainees to present their research at the SRI Annual Scientific Meeting.

Acknowledges the highest ranked abstract by an in training investigator within the field of fetal
neuroscience. This award honors the legacy of Dr. McDonald, whose immense contributions to the field
of obstetrics and gynecology focused upon the neuroendocrinology of the developing fetus, placental
function, fetal brain development, and the uterine contractility. The $750 monetary award and certificate
will be presented at the Award Ceremony during the SRI Annual Scientific Meeting.

The Kusum Lata Award was established in 2020 and is supported by Dr. Bhuchitra Singh. The award will provide a $1,000 USD award to two worthy In Training Investigators, coming from Indian Universities and/or currently residing in India, originally from India, or abstract research is taking place in India. The award is based on high quality of their abstract submitted and accepted for the Annual Meeting and was created to encourage young investigators to present their research at our meeting.

Initiated at the 2010 SRI Annual Meeting in Orlando, Florida, two senior investigators will be discussing/
judging posters presented by in training investigators. The Poster Presenter will summarize their
work for the judges, followed by questions from the poster discussants/judges. Certificates and
$100 monetary awards will be given to the best 20 posters at the SRI Annual Meeting. 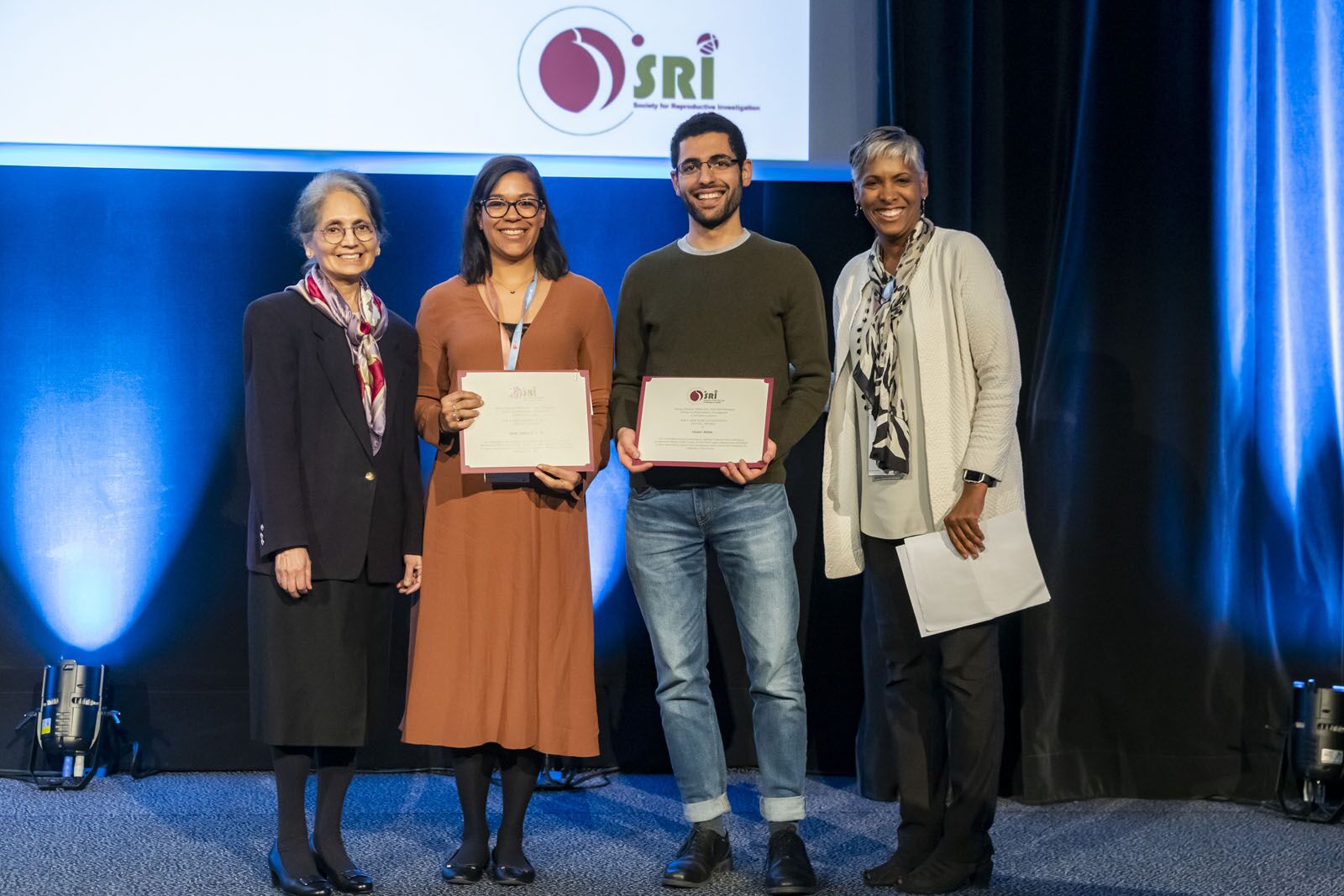 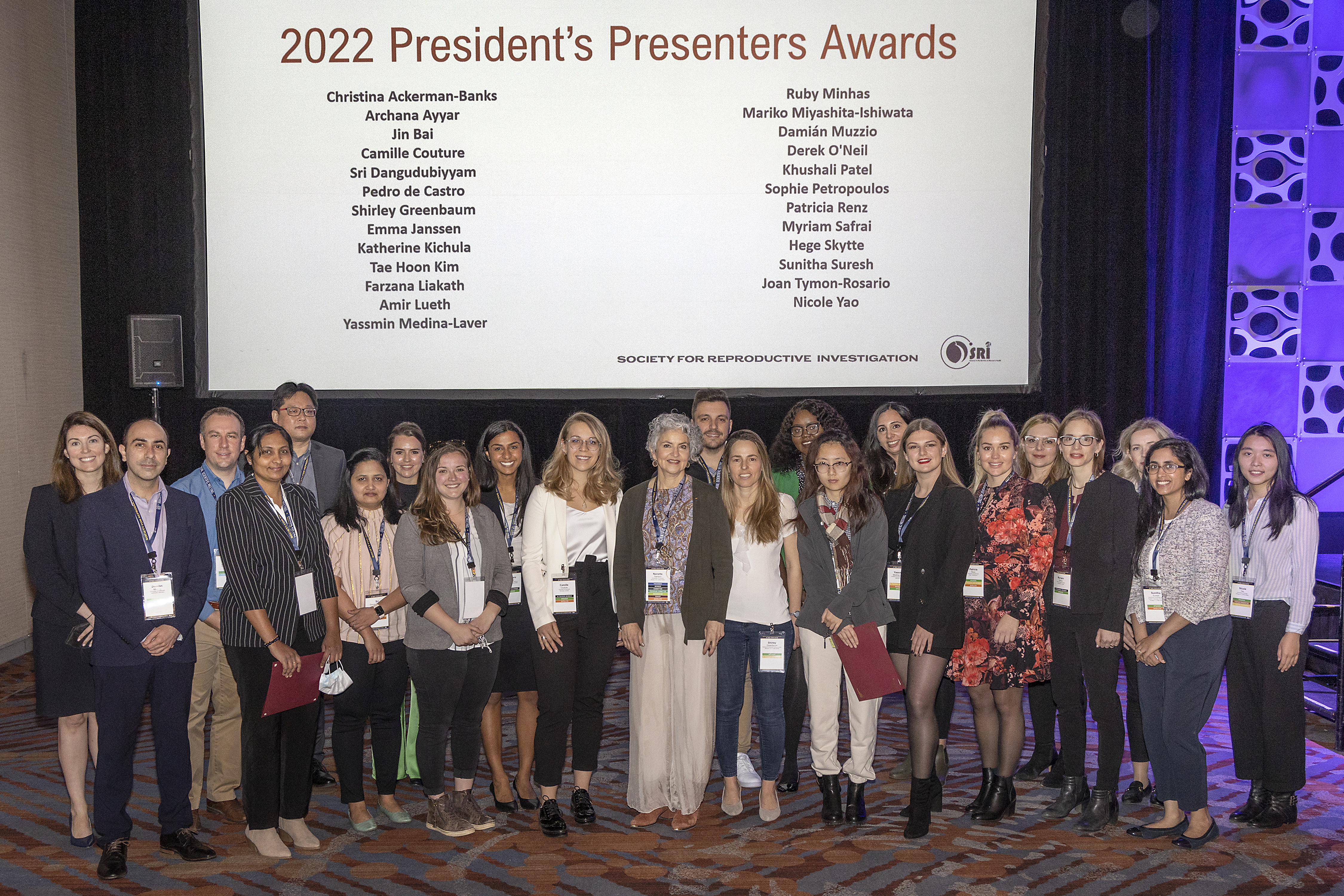 Become a Member to Save!