Home  |  About SRI  |  SRI Foundation  |  Meet the Director of Advancement 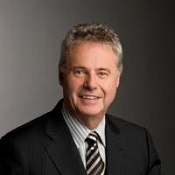 Q: When were you first involved with SRI?
A. My first presentations to SRI were in 1978; two papers, one with Fred Naftolin who has remained a colleague and valued mentor throughout my career and the second on Cortisol in Rhesus Monkeys with Frank Manning and Yuji Murata. The following year, 1979, our paper with the late John Patrick on diurnal rhythms in cortisol and estrogen during human pregnancy, was selected as the number one research presentation. We had actually written the first draft of the abstract on the back of Tim Horton's paper bag while we were waiting for Geoffrey Dawes to arrive at the airport in London, Ontario. John and I were concerned that we had not heard anything from the Society about our submission and in fact, had anxiously called the office to see if it had even been accepted.

I was first elected to SRI (SGI as it was then) in 1981. I have had the privilege of serving on Council for three periods; 1985-88, 2000-2004 (2002-2003 as President) and now as representative of the Past Presidents. I served as Chair of the Program Planning Committee for the first big international meeting of SGI in Glasgow, when Felice Petraglia was President. In the interim I had served for several periods on the Program Committee, as Chair of the Membership Committee, The Bylaw Review Committee and on the Editorial Board of JSGI.

Q: What drew you to the position of Director of Advancement?
A: I have had a strong involvement with the Society throughout my career. SGI/SRI has been the backbone of my own career, the Society to which we have each year presented our ongoing research, and the organization to which I have encouraged students and post-docs to become involved.  Over the years, our research group, mostly the students, clinical fellows and postdocs have presented almost 240 oral and poster presentations at the Society’s Annual Meetings. For many, exposure to colleagues at SGI/SRI has been critical to forming networks and to driving their own research careers. I have had the honour of receiving Several Society Awards, but in many ways the most valued was the Fred Naftolin Award for Mentorship in 2012. Our trainees are our future, and “Advancement” is critical to build the base of financial support that will enable future trainees to attend SRI meetings.

I am most proud that from this group of trainees several have gone on the serve the Society in different capacities, on committees, as reviewers, and as officers. Many of us have described SRI as our “Scientific Home”, and that is a great description. I have wanted to stay involved because I believe that SRI plays an important role in the conduct of basic and translational research in women’s health. It is the training ground for some of our very best student and residents. SRI is at the juxtaposition of basic science and clinical practice. Advancement is the means to secure the resources that underpin the Society and enable the strategic plans and mission of successive Presidents, Councils and the membership. We have done well in fundraising for individual meetings, but this is about ensuring long-term security, and financial stability. Our Foundation will ensure that SRI is an independent and respected voice in science and in information-based policy. While SRI does not operate as a political entity, it should be recognized as an independent scientifically based authority to inform, advocate and advise in policy and practice.

Q: What are your immediate goals for SRI?
A: There is an overarching goal and underlying specific initiatives. The Society needs a solid base of financial support in order to build on its background and to realize its full potential. This is the core funding that is over and above the giving programs and sponsorship support of the annual meetings.

It is the support that will allow successive Presidents and Councils to develop programs that meet the goals and ambitions of the membership. It seems to me imperative that we develop a Foundation that is indeed the foundation for the future, creating opportunities to bring trainees and early career researchers to our meetings and broadening our reach and impact.

For example, we should create ongoing opportunities that characterize SRI as a Society that operates 365 days a year. We are already much more than a Society with a high impact journal and an outstanding annual meeting. The Foundation allows SRI to build upon that base of excellence, established over many years by previous leaderships, to fulfill our strategic missions going forward.
I hope that we will create global linkages with other basic science and clinical organizations concerned with women’s health, and indeed with the health of the next and future generations, the developmental origins of health and disease.

I hope that we will create opportunities that allow SRI to reach into and influence reproductive health and research in different parts of the World. Finally, my hope is that we can develop and use our resources to facilitate training opportunities for basic scientists, clinicians and indeed policy makers.

Q: Goals for the SRI 70th Anniversary?
A: I had the privilege of serving as SGI’s President at its 50th Anniversary meeting in Washington, DC. That was also the 50th Anniversary of the discovery of the structure of DNA.  We recognized the impact and sea change that scientific discovery had and might have on women’s health practices. In hindsight we might have made much more of that association.

The 70th Anniversary, is a huge opportunity to guarantee the financial security and base of the Society, enabling it to build on many of the objectives that I have listed above. But that security enables the Society to show leadership in bringing together like-minded organizations from around the World. I am so delighted to be able to work closely with Dino Giussani’s Committee on future opportunities, with the Presidential succession, particularly with Steve Matthews as President elect, to reflect on 70 years of extraordinary accomplishment and build an expanded and renewed vision for the future. We have two years to demonstrate our commitment not just to women’s reproductive health but in the broader context to women’s rights.

Let’s say we have 1000 members.  If everybody contributed $70 for our 70 years that would add $70,000 to our Foundations resource base, that could then be used to seed other funding and partnership opportunities.

But aiming higher, an average donation of, for example $700, (the past Presidents are asked to contribute $1000 on an annual basis) might allow us to raise another million dollars for our work. The President’s Fund builds on substantial contributions from Past Presidents to support trainee awards. We need our membership to step up at whatever level they can afford. Let us build connections and reach out to investigators, early and middle career physician/scientists, policy makers and trainees from Low and Middle Income Countries to understand their concerns and how we can help them. Our Society must continue to be the venue to report and discuss the very best science in reproductive health. With additional resources we can expand the reach and influence of SRI , locally, nationally and globally. These are high goals, but all are attainable.

We use cookies to ensure you the best experience on our website. Your acceptance helps ensure that experience happens. To learn more, please visit our Privacy Notice.